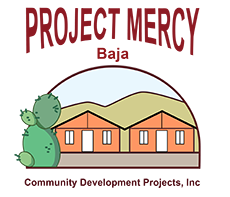 Douglas Hoffman2021-08-17T20:51:59+00:00August 17, 2021|
Genesis Maia is now just one year old and too young to know the horrific conditions she has been living under with her young parents Keni Janeth and Pablo.
When we first met the young couple they said: “Because of the changes of weather our baby has been getting sick.  When Genesis was born she was kept in the pediatrics ward on oxygen, medicine and serums, because she could not breathe well.  She still has breathing problems and we had to buy an inhaler to help when she has difficulty breathing on her own.”
Both Keni Janeth (18) and Pablo (20), were born in Chiapas.  They met in school and have been together for over two years.  They moved to Tijuana in search of work as do many other migrants from the interior of Mexico.
You can see from the photographs shown here that their little shack was not adequate to live or raise a child in. The roof was covered by a tarp, the walls were made of plastic and canvas and they had a dirt floor.  They did not have a toilet and were reduced to going in the bushes.
We were so grateful to one of our dear friends and loyal supporters who jumped at the opportunity to fund a house for them when we told her of the conditions the Quintana Gonzales family was living in.  Keni and Pablo are doting parents and now they can give their baby the opportunity to grow up in a secure and healthy home. 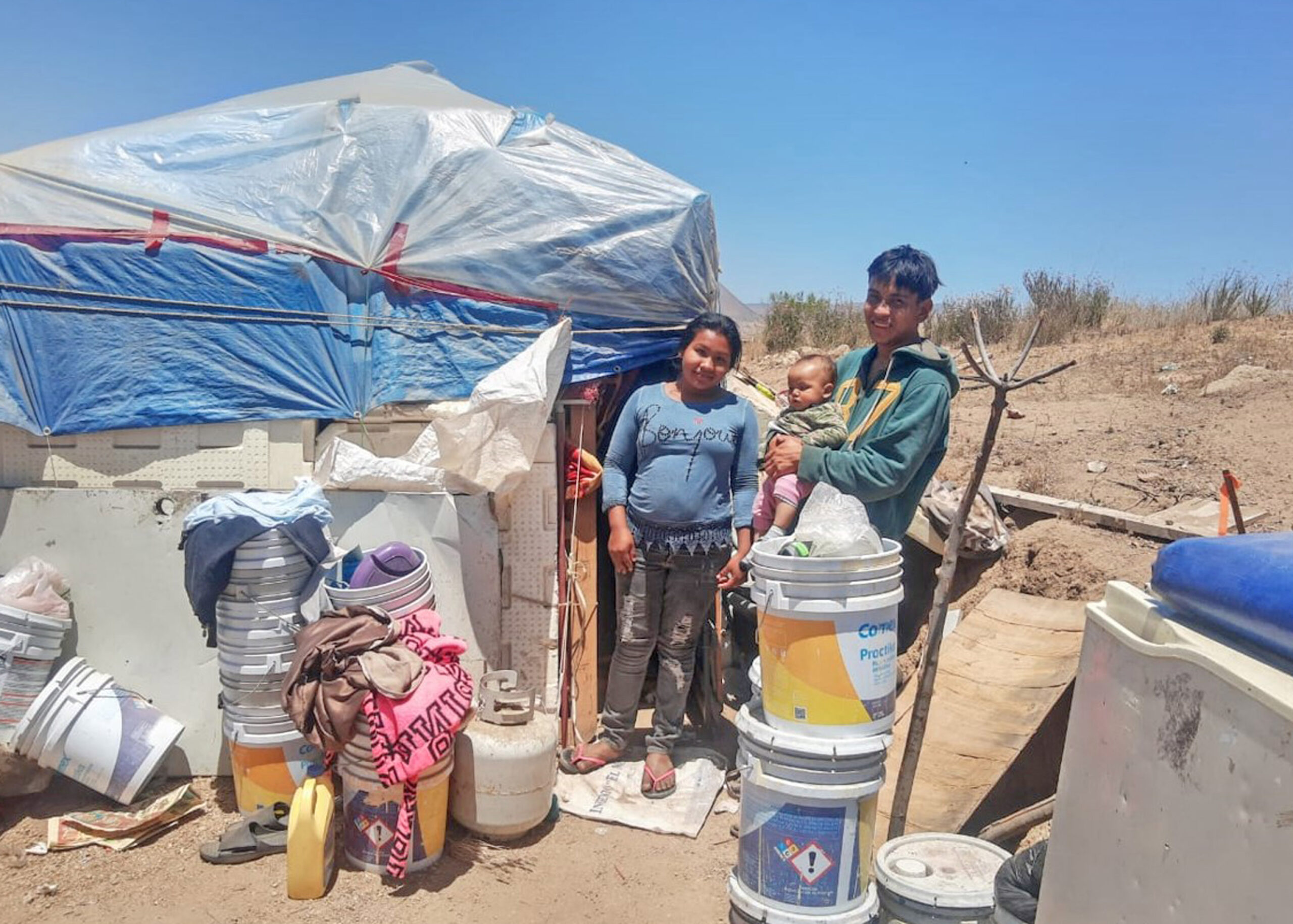 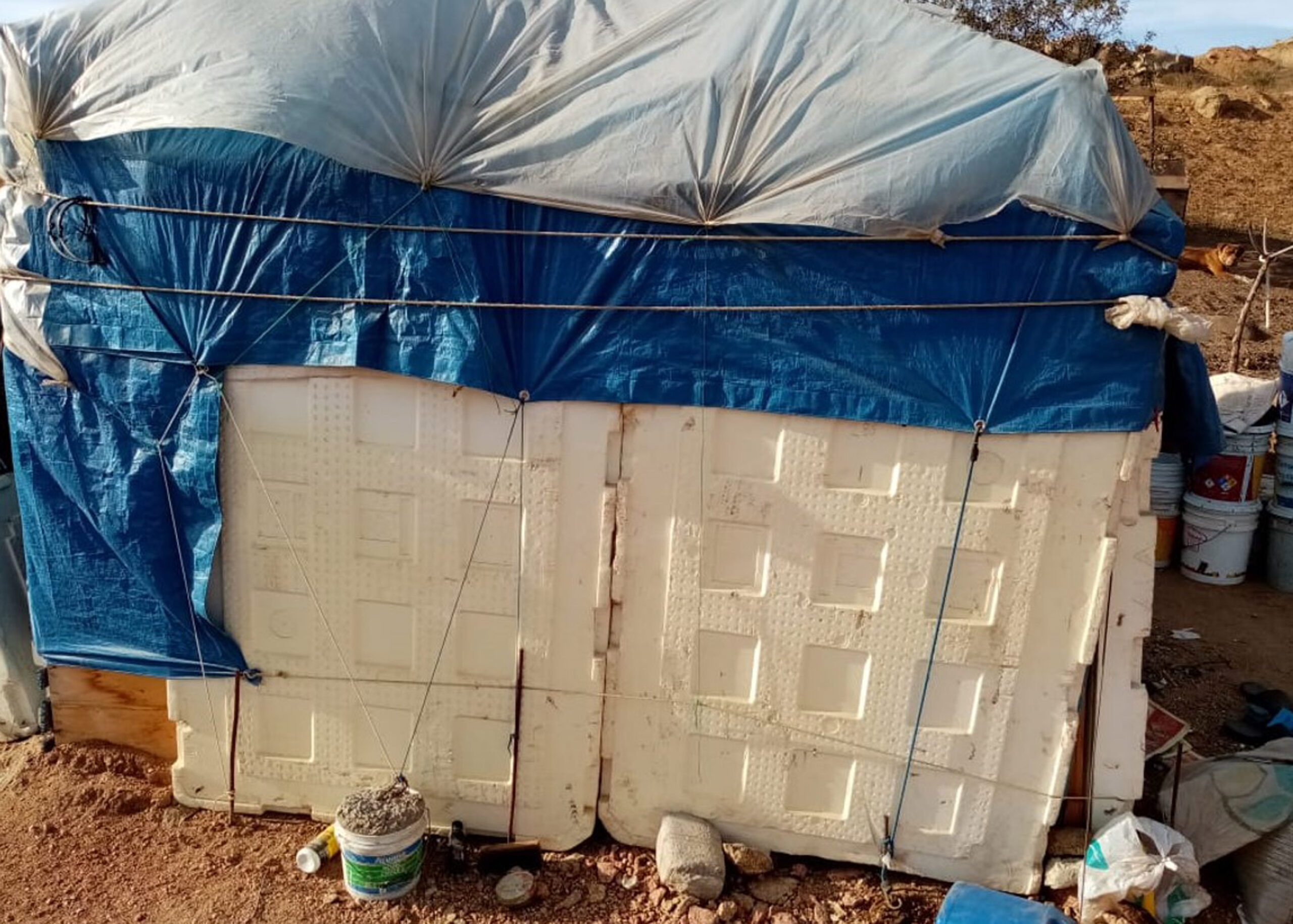 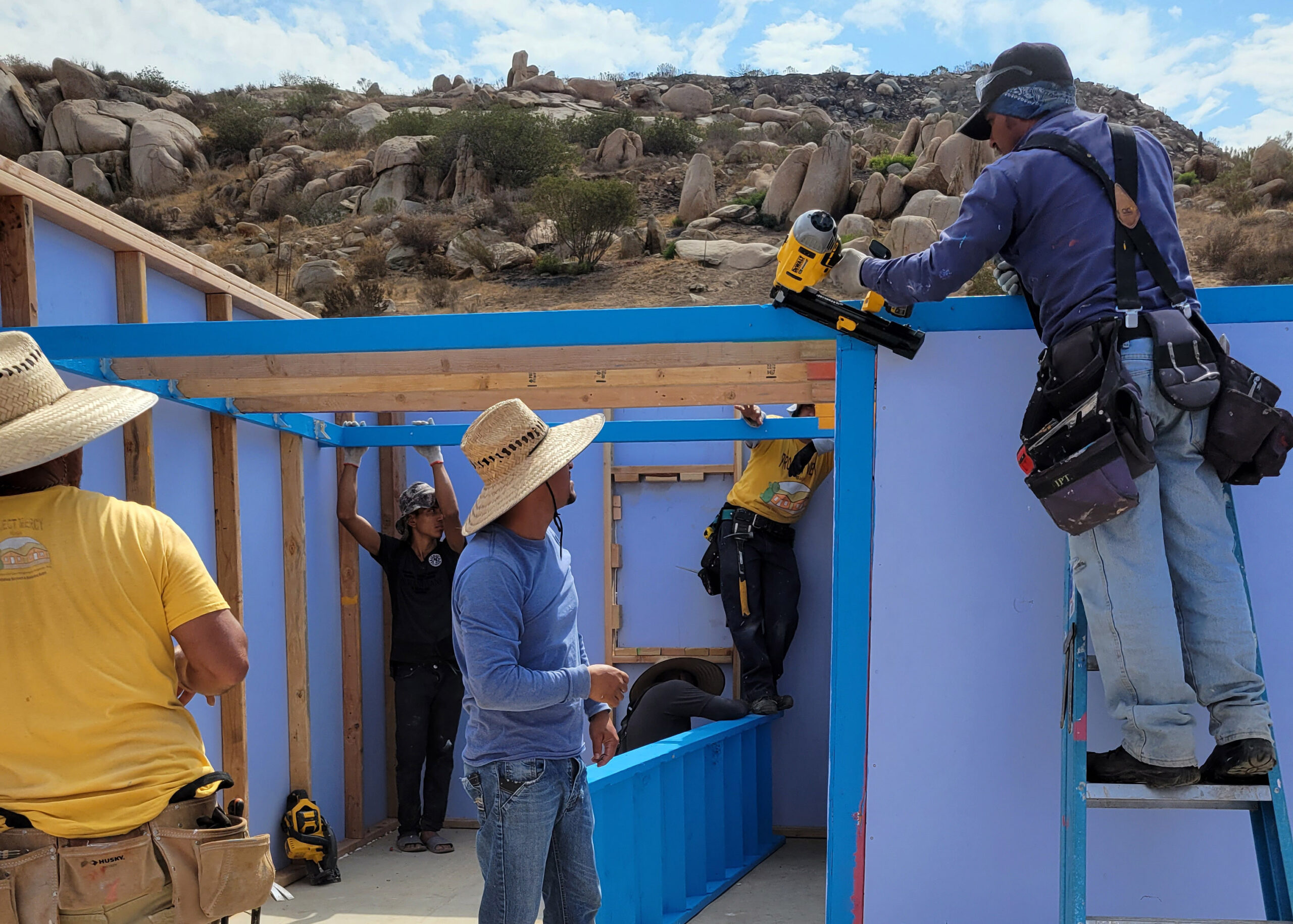 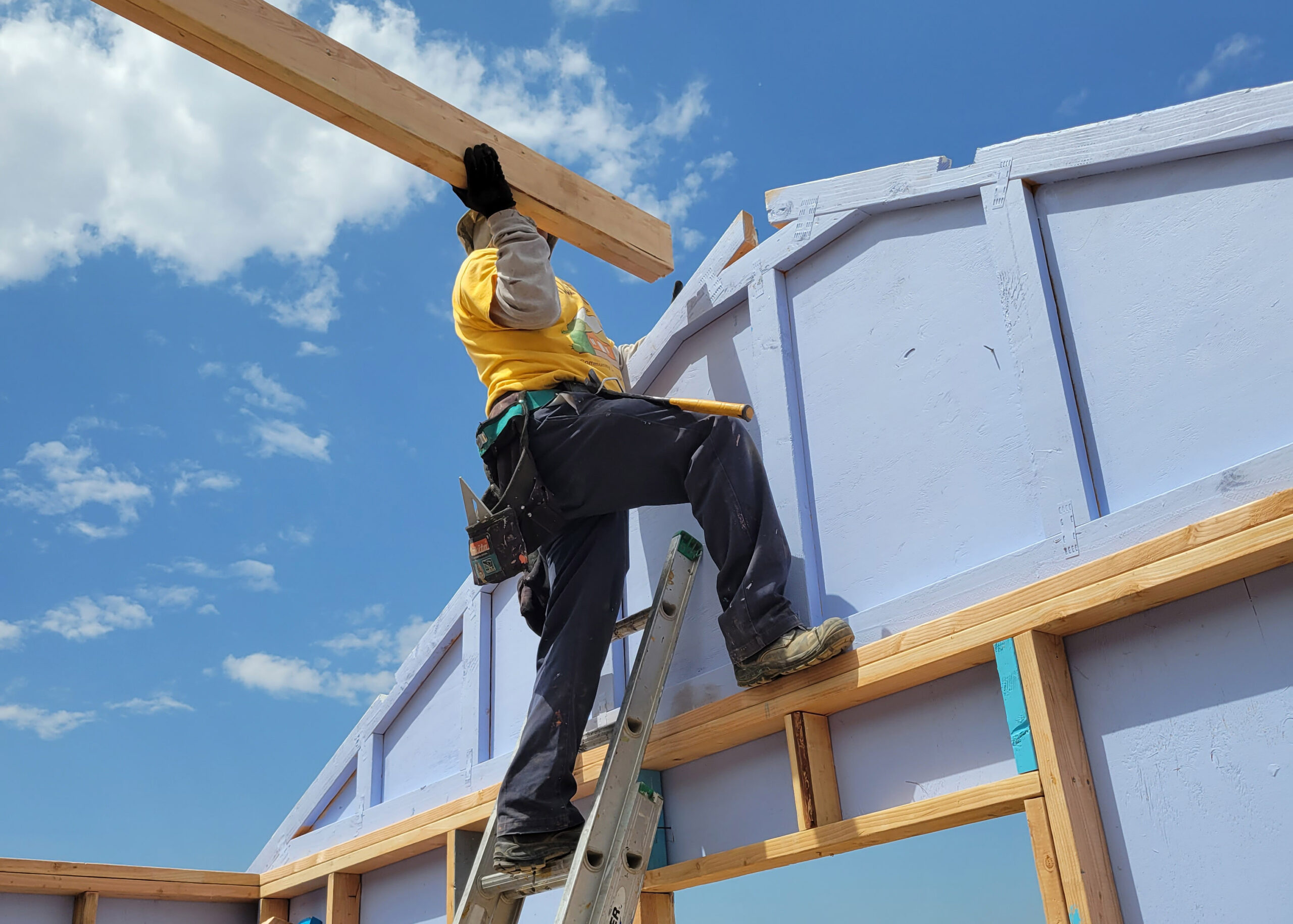 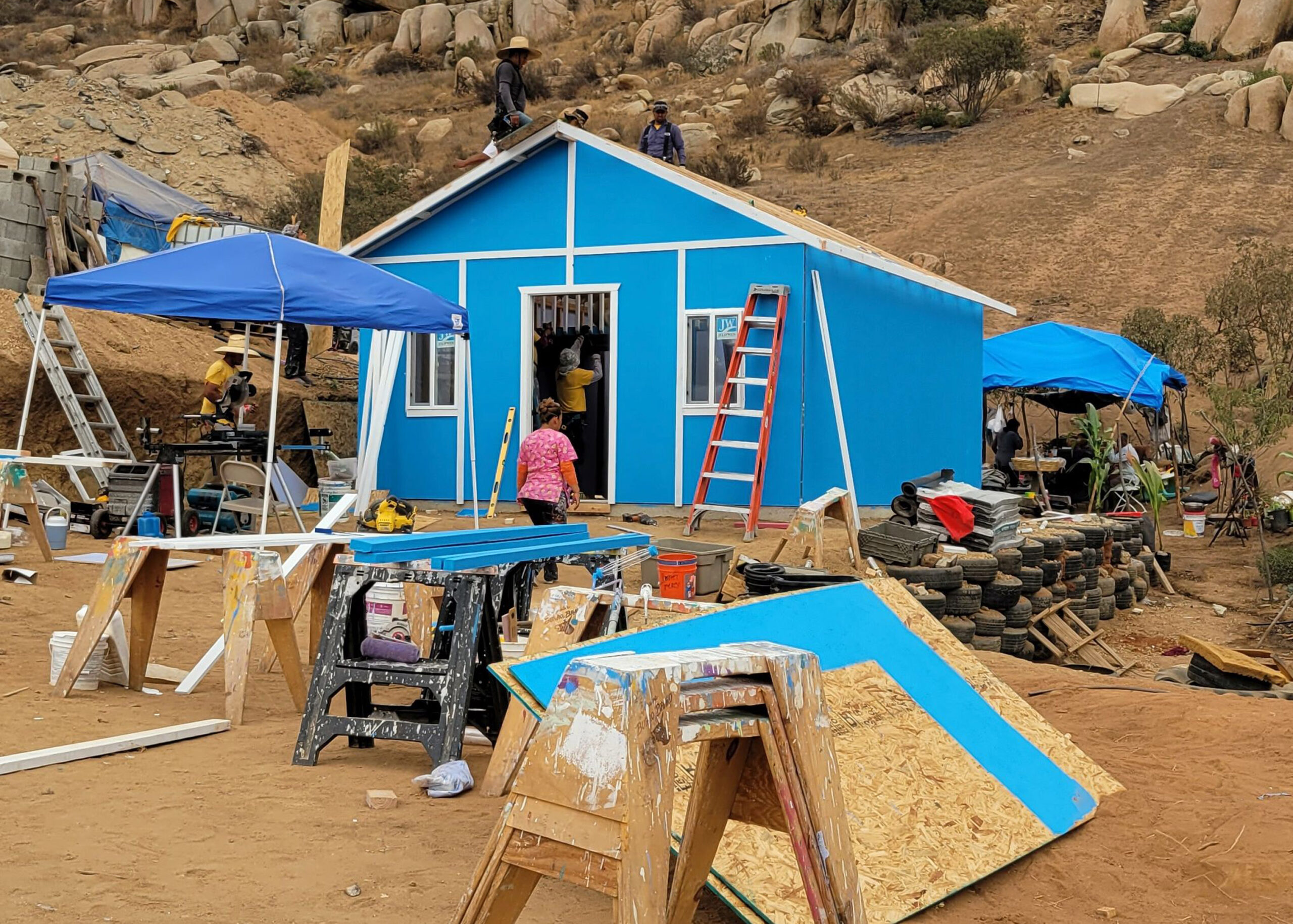